Keith is originally from Huntsville AL, where he graduated from Grissom High School and was a member of Whitesburg Baptist Church. He graduated from Samford University in 1991 and has gone on to earn both his M.Div. in Christian Education and his Ed.D. in Christian Leadership. Keith has served in a variety of ministry positions in both the Christian University as well as local churches in Alabama, Louisiana and South Carolina. He met his wife, Leigh Ann, at Samford. They have been married since 1992 and have two wonderful daughters. The oldest is a middle school teacher in the Birmingham area, and the youngest is a student at the University of Alabama.  Keith joined the CBC family in August of 2015. 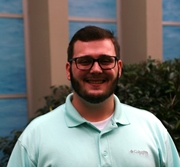 Andrew is from Hueytown, AL, where he graduated from Hueytown High School in 2012.  He graduated from the University of Alabama at Birmingham in 2018 with a Bachelor of Arts degree in Music Education.  Along with serving the people of Concord Baptist Church, Andrew is currently the assistant band director at Hueytown High and Middle Schools.  Andrew’s main desire is to lead God’s people in corporate worship.  He has been serving at CBC since October of 2014 and joined the CBC family as our Minister of Music in September of 2015.

Andrew grew up in Hueytown, AL. He graduated in 2016 with a diploma in Biblical Studies from Samford University’s Ministry Training Program. He has been serving at CBC since October of 2016. Andrew is a husband and father to two girls. 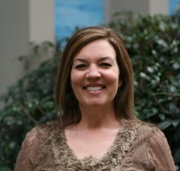 Crystal Brown has been serving as the Financial Secretary since 2008. Crystal has been an active member for most of her life. She is a wife and mother of two children.

Lori was raised here in the Hueytown area.  She graduated from Hueytown High School in 1985 and married Matt Carden in 1987.  She has been a member of our church since then and has served in many areas throughout the years.  They have three children…two who have recently graduated from Auburn and UAB and one who is currently attending Jeff State.  Lori was a stay-at-home mom for many years then joined the staff at Hueytown Elementary where she was an aide to the School Nurse for 14 years.  God then began showing her a different direction He wanted her to take which led her to joining the CBC staff in June 2018.